Foams and flavor are two factors afforded by a cream charger in creating trendy and premium-quality beverages. A cream charger shows its potential in speeding up the mixology process through rapid infusion, in which the fusion of gas and liquid takes place, whilst deeply enhancing the aroma and flavor of every beverage.

Cream chargers' role in the creation of beverages

Cream chargers by Cream Deluxe offer an easy way of having a great party, the key to have an unforgettable night. Enjoy a great amount of high-quality N2O that is easily accessible to anyone who wants to discover the thrill of using cream chargers for beverage creations.

In food, N2O may be used as a propellant, aerating agent. Because N2O is an inert (non-reactive) gas it serves as a preservative perfectly.

CO2 is often also used as a propellant, but it has the property that it partly dissolves in water. Also acidification can occur due to carbon dioxide.

Fortunately N2O does not have this property which makes it the ideal gas to work with in the food industry.

When a cream dispenser is charged with a cream charger (carrying N2O), it immediately dissolves in whatever substance is in there. The gas especially works well with fatty compounds.

When a cream charger is used to make whipped cream, it will produce up to four times the volume of the cream. As opposed to the traditional whisk and manual piping bag which would use air to whip into the cream to produce only 2 times the size.

Want to become a distributor? 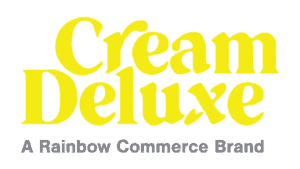